A nihilist and an idealist
Jamming along in an amateur midnight Mass
Chance and circumstance melt our past and present regret
Chaos in sync with beating hearts.
Posted by Alex Cohen at 2:01 PM No comments: 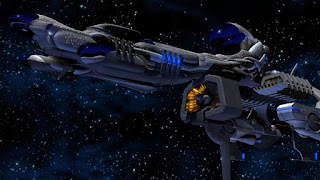 A blue burst of energetic motion,
Is now a charred ember of yesterday's animation.
Black and orange, a hero’s coloration,
Eclipsed by the golden triumph of transformation.
Though its broadcast was worn down through fading tapes and adult obligations,
My dreams live on aboard the Absolution.
Posted by Alex Cohen at 5:12 PM No comments:

I should preface this article by stating that approaching a figure as brilliant as Thomas Aquinas is daunting, especially for a layman. That being said, I believe the fundamental claim in his Five Ways that, “we can demonstrate the existence of God from his effects” to be provocative. It may not be as bold as Anselm’s ontological argument that God is entirely self-evident through deduction, but Aquinas does think it reasonable to say, “to know that God exists in a general and confused way is implanted in us by nature.” As a Christian myself, I am not so sure he succeeds in showing us God as revealed through natural laws.

The first two arguments are functionally synonymous. For his motion argument, he argues that there can’t be an infinite chain of objects put in motion because you would never arrive at a “first mover.” However, he then draws the same line of reasoning for an infinite number of “causes” as he does with objects being set in “motion.” Since his wording could easily be switched around, the arguments are rather redundant. However, this says nothing to the actual point being made and whether it is indeed sound.

When Aquinas says that various objects put into motion “cannot go on to infinity,” it’s quite clear what he’s referring to: It’s the problem of infinite regress. That is, something cannot go on forever. Or more specifically, a sequence of events must be traced back to an original source. If there is not a foundational first cause, then nothing would have happened at all. In other words, there is no creation without a creator. As for the logic, it seems ironclad. This is even how Big Bang cosmology works: the planets and stars didn’t always exist. It reminds me of the old story of “turtles all the way down,” when a shaman is asked what holds up the Earth. I believe a skeptic would be forced to at least accept that some kind of force, outside of our understanding of time, created the universe.

However, this only gets you to a single character trait of the God of Abraham and Isaac: That he’s eternal. Of course, this is a necessary condition for belief in Jesus Christ, but most certainly not a sufficient one. So, this moves us to the third argument. His argument from “possibility and necessity” is also a first cause argument. It partially distinguishes itself by defining contingent and necessary beings. Yet, besides this new wrinkle, Aquinas is just repeating himself: You need a first cause/prime mover to get past the problem of an infinite number of objects set in motion, causes, or possibilities. Again, the argument does get you to an atemporal entity, but that’s all it does. This justifies belief in Thomas Paine and Voltaire’s clockmaker, not the God of the Bible. To mistake deism with theism is a confusion of terms. Theodore Roosevelt, over 100 years after the publication of The Age of Reason, was not so egalitarian in thought as Aquinas when he commented that Paine was, “A filthy little atheist.”

So, we progress to the fourth argument… but only the second idea. Aquinas’ argument from gradation claims “among beings there are some more and less good, true, noble and the like.” What he’s trying to get at, is that the very idea of things in the world being “more and less” is in reality proof of perfection. To put it in another way, saying a man was kind to his wife would imply that there is a moral standard that’s higher than that man. So, not just something kind, but the kindest of all. For Aquinas, this must be God.

Honestly, this is where Aquinas’ logic becomes genuinely flawed. The only way for this argument to work whatsoever is for someone to agree that there’s meaning in the first place. It’s more of an argument for the cultural good of a belief in God, that without it, humanity would become amoral. Personally, I’m convinced of that… but Aquinas has tried to set before us five arguments to show God’s existence, not the ideal of being “a city on a hill.” It’s painfully obvious that there are millions of people on this planet that do not believe in morality or truth to start with. All a nihilist has to say to this argument is, “Well, to hell with your meaning.”

His final argument is what he calls “the governance of the world.” Put simply, it’s an argument from design. Of all Aquinas’ points, this is the only one that is wholly without merit. He asserts, “We see that things which lack intelligence, such as natural bodies, act for an end, and this is evident from their acting always, or nearly always, in the same way, so as to obtain the best result. Hence it is plain that not fortuitously, but designedly, do they achieve their end.” The problem here is that it’s not plain at all that design is the cornerstone for natural phenomena.

When Aquinas uses the word “fortuitously” he’s arguing out of pure ignorance. Clearly, we have far more scientific knowledge now than ever, but that’s not even required to disregard Aquinas’ claim. To say that’s something’s hard to understand, that nature is complex, does not actually prove anything. It may well be that something is so complicated that it transcends human understanding. So, it does not follow that because we fail to grasp something, that a designer is needed. Again, this is an argument from ignorance, and posits a “God of the gaps.”

Secondly, as we are more scientifically advanced than the 13th century, there are indeed other explanations for the complexity we see in nature. Natural selection, as first revealed by Charles Darwin, does show how we could have design without a designer. To quote the biologist Richard Dawkins, “Natural selection is the very opposite of sheer chance.” Again, I am a Christian and I don’t believe evolutionary processes explain everything. That being said, it is not true that, “whatever lacks intelligence cannot move towards an end.” I strongly disagree with the materialist presupposition, but it’s possible that merely passing along genetic information is sufficient for the beauty on this planet. If that’s the case, then adding a deity does not increase explanatory power.

I think Aquinas’ last “way” is as good a segue as any to elucidate why I find philosophy of this sort so unhelpful. As for the fifth proposition, I confess I hold it (as well as Paley’s watchmaker argument) in much contempt. I simply don’t like my faith being reduced to ignorance and a bastardization of science. Admiring a beetle’s complexity seems pretty far removed from spiritual concerns. Furthermore, even though I’m logically convinced of a first cause, I see no occasion to celebrate as a Christian. The ancient pagans, as well as modern Jews, Muslims, Hindus, Buddhists, Deists, and even literal Satanists would all agree in earnest that something didn’t come from nothing. Again, I ask what exactly has been accomplished? I would argue nothing important at all.

As someone who is Jewish by birth, then came to accept outright atheism, I have never been seriously convinced of Christian apologetics. I suffer from BPD, a mental illness, as well as challenges from Asperger Syndrome, a developmental disability. My thoughts are radically different from a statistical aggregate of normative population groups. When you’ve openly contemplated suicide, and have, in actuality, tried to kill yourself, is when talk of external reality ceases to matter. I came into faith because of a deep yearning for meaning, and I believed then, as I do now, that Jesus is that answer. Ultimately, I have hope against expectation for man's salvation from the void. In my view, there is only the individual and God.
Posted by Alex Cohen at 3:40 PM 5 comments:

Shadows cast in the dim light of societal separation
A winding ward’s floor, once bleached like bone
Is now a cockroach’s pitched and pitted playground
Men still endure here against all indignity.

A screaming curse against once firm truths
Be they sacred stone or a brother’s bond
Shaking hatred shatters even Christmas photographs
It hurts, it hurts, my god, it just hurts.

In even this
We still have an embrace to give
Our illness is not yet death
And we are alive.
Posted by Alex Cohen at 2:27 AM No comments: 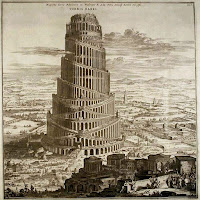 There is as much romance in man’s madness,
As there is aesthetics in the rotten yellow of his sunken grave.
An epicurean delight,
Still soils the sheet.
Art is not more than the sweat on a carpenter’s brow...
I am no poet and I will never write again.
Posted by Alex Cohen at 12:05 AM No comments: 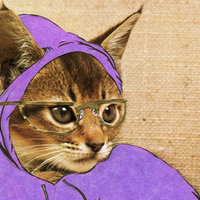 Deliverance before dessert,
An IPA before introspection,
Hipster small talk on trimmed tablecloth.
Hands too soft to claim a blue collar,
But a brain too simple to tremble at a spinning sphere with zero significance,
They don’t belong anywhere except in the ground.
Have your cake and eat it too…
Then get the fuck out of here, this ain't no open mic night.
Posted by Alex Cohen at 4:20 AM No comments: 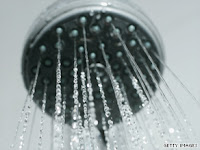 It’s the idea I like.
When I was still boy enough to sit under morning shower
Streams, the water pouring assurances for a proud day…
A fetus snuggling for warmth on bathroom tile.
It’s the jack off but not the cold comfort come.
Not the Finish at all.
Posted by Alex Cohen at 9:32 AM No comments: